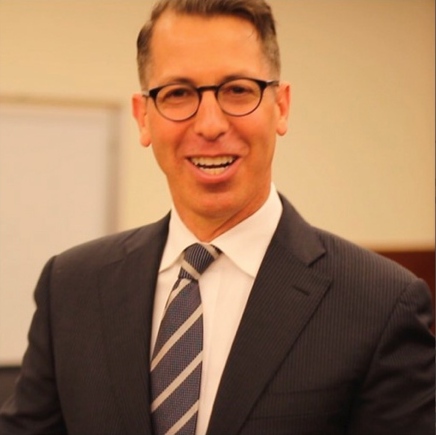 David Rouda started the Rouda Law Firm in 1995 in order to have more one on one connection with clients he felt was missing at big firms. Too often he saw other lawyers shy away from trial, and not achieve the full compensation their injured clients deserved. David treats every client as if they were a good friend and family member, and takes his role as counselor at law seriously. The results speak for themselves.

One of the Bay Area’s most seasoned mediators once remarked that David should teach a seminar on negotiation, marveling at his ability to discriminate defense posturing, predict final offers, and creatively achieve seemingly impossible settlements.

The foundation of David’s success has been relentless dedication to his client, laser-like focus on uncovering facts and researching the law, and an uncanny ability to remember every detail of a case, leaving defendants nowhere to hide.

David is the quintessential Renaissance man, who has confounded defense counsel who try to cubbyhole him, or predict his next move. He brings to bear on every case a wealth of experience from multiple disciplines—not just as a more than 20 year litigator, but as a “multiple threat”reknowned playwright, television writer, actor, producer and theatrical director, an advertising copywriter, a World Championship rower, a professional pianist, with a UC Berkeley degree in Rhetoric. David’s sold-out plays have won “Best Play” at the San Francisco Fringe Festival, and “Critic’s Pick” by LA Weekly and Backstage West. David knows how to present a story on stage and in court. His understanding and empathy for other human beings, be they defense counsel, judges, witnesses or clients, has been a touchstone of his success.

David’s infamous discipline, boundless stamina, and around-the-clock work ethic astounds attorneys, judges and clients alike. Many wonder whether he ever sleeps! As a former elite rower, David knows how to overcome the most extreme challenges litigation presents, to guide his client to the finish line.

Part of what distinguishes David and allows him to going toe-to-toe with well-heeled defense firms and win David v. Goliath-type cases is his technological skills. David’s literacy in cutting edge litigation software allows him to minimize overhead costs, and gain advantage at trials and mediations. Every document is digitized and David has every fact at his fingertips. At a recent trial, the jury foreman remarked how impressive David’s use of 3D laser-scan exhibits and life-like animations were. David is an attorney for the 21st Century, while still maintaining old fashioned individual attention to each of his clients.

David learned from the best, coming from a family with 5 very well respected attorneys.

David’s legal writing skills are unparalleled. Many of his written arguments having been adopted virtually word for word by appellate justices in multiple published California Court of Appeals decisions.

David was a judicial clerk with Judge John P. Vukasin, Jr. of the United States District Court. He taught at the University of San Francisco School of Law Academic Support Program. He has mentored many young attorneys and has done a significant amount of pro-bono work on behalf of underserved groups.

If you’ve been serious injured in an accident, are a tenant who is being pressured or forced to move, rely on Rouda.
You can reach us at 415-518-7683 or fill out an online consultation form and talk to a personal injury or tenant lawyer today.